The following are the most prevalent types of incontinence categorized by urinary and fecal types.

Urinary incontinence (UI), sometimes referred to as urine incontinence and incontinence of urine, is a common condition affecting as many as 25 million American adults and 200 million people worldwide. It is broadly defined as any involuntary leakage of urine but can range in magnitude from a drop or two to completely wetting oneself due to an inability to access a bathroom in time. Although the statistics show the occurrence of UI to be quite high, the overall numbers may very well be understated – due to it’s obviously distressing and embarrassing nature, it is widely underreported to doctors and medical practitioners. There are many types of urinary incontinence. 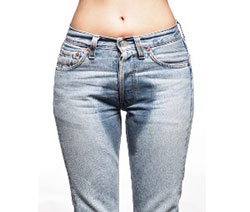 This type is characterized by a physical inability to reach the appropriate facilities to urinate. functional incontinence may be caused by arthritis, Parkinson’s, a stoke and other physically debilitating conditions and diseases.A person suffering from functional incontinence is generally conscious of the need to relieve their bladder, but because of certain physical or mental impairments cannot do so in an appropriate venue. Due to various impairments associated with aging, 50% of the elderly population have been found to be affected by some form of incontinence.

Overflow incontinence involves an unintentional urination. Typically from an overfull bladder. This type of incontinence occurs more often in men. While it is typically a small amount that is leaked, it can be uncomfortable and embarrassing in the least. In more serious cases, it may also lead to urinary tract infections from the bacteria that remains in the bladder.

Urge incontinence is characterized by a sudden and very acute need (hence – ‘urge’) to urinate that results in involuntary leakage of urine. People affected by urge incontinence may feel this compulsion quite frequently and it may occur throughout the night. At times the urge to urinate may be so intense and unforeseen that you are unable to make it to a toilet in time. It should be noted that the leading contributor to urge incontinence is overactive bladder (OAB). However, all OAB sufferers do not necessarily exhibit urge incontinence.

Any combination of two or more types of urinary incontinence is considered to be mixed incontinence.

Get the Latest Coupons, Deals, and Samples from Incontinence Guide

Sign up below for incontinence product discounts, coupons, reviews & more!